What Does the Audience Really Think?

Some of you may have read my blog last year that shared the many ways that adult devisors gathered feedback from their audiences. Recently I have been running a lot of devising workshops with IB Theatre students, and we have managed to add to and refine the ways that the adults did it!!! Below is what we managed to develop. Included in this blog are ideas from Liz Lerman’s Critical Response Process, which you may be familiar with. Happy reading!!! 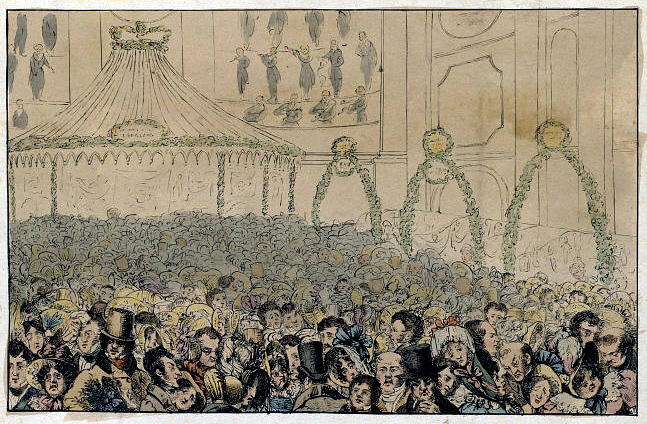 When working on the creation of original work, as a small devising company, it is important that while you are developing your own approaches to developing theatre, you are also considering what your intention is (if your audience understands your story and what the characters are communicating i.e. the purpose of the piece) and also what your impact is (what you want your audience to think, feel or take away from the experience).

There are many ways to determine if you have achieved your intentions and intended impact, but it is important to be aware that what you ask and how you ask it is going to determine the depth and clarity of the audience’s responses. This document will explore some ways that devisors have gathered audience feedback to evaluate intention and impact on their audiences.

Before we start, let’s look at some advice from Liz Lerman in Liz Lerman’s Critical Response Process. I have edited this document a little so that you have a chance to consider what type of response you would like from your audience.

Philosophy: ‘…the Critical Response Process begins with the philosophy that meaning is at the heart of an artist’s work, and to start with meaning is to begin with the essence of the artistic act.’ –Liz Lerman

The artist asks questions about the work. After each question, the responders answer. Responders may express opinions if they are in direct response to the question asked and do not contain suggestions for changes (also called ‘Fix-Its’).

Philosophy: ‘By having the artists ask questions first about the intent of their work, the respondents will be better able to frame the discussions around the needs of the artists. These questions are asked because they want to know.’ –Liz Lerman

Responders ask neutral questions about the work. The artist responds. Questions are neutral when they do not have an opinion couched in them. For example, if you are discussing the lighting of a scene, ‘Why was it so dark?’ is not a neutral question. ‘What ideas guided your choices about lighting?’ is.

Philosophy: ‘For many people, forming a neutral question is not only difficult, but a seemingly ridiculous task if criticism is the point…Often these are the very questions that the artist needs to hear.’ –Liz Lerman

Once you have received your feedback (on work in progress or on completion of the work) then you need to consider the following:

Artists then share with the responders what their next steps are in the development of their work. If this is a final performance, they can share a reflection of what they will be sure to focus on with their next project.

Philosophy: ‘Theatre is a living art, where we as artists grow with every new experience. To maximize this benefit, stating future goals guide us on that journey.’ –Liz Lerman

Question to consider: based on what you’ve experienced in this conversation, what goals do you have for yourself in working on future projects?

Some ideas taken from: