“Oh No He Isn’t!”: The Magical World of the British Panto

‘To see a pantomime is to see the ridiculous simplicity of the world through the eyes of a child.’ Anon

‘I am grim all day, but I make you laugh at night.’ Joseph Grimaldi 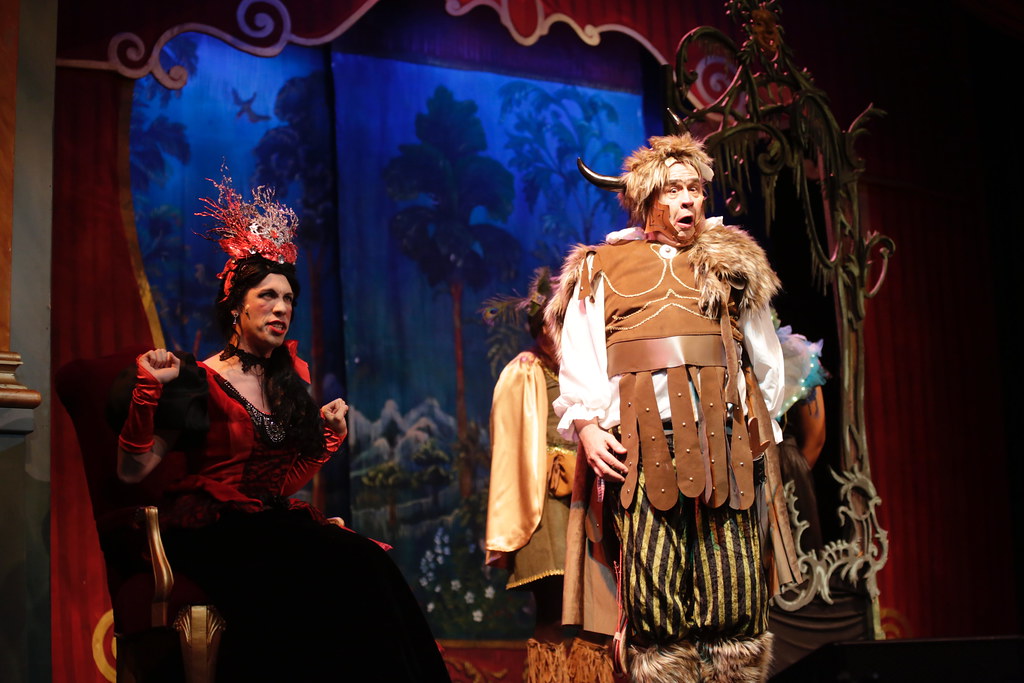 If you are lucky enough to be in the UK during the months of December and January, then you would be immersed in a theatrical world that comes across as slightly crazy. A fully grown man in a frock wears outrageous make-up and extraordinary wigs, another adult dresses as a dog woofing around the stage, and a woman with lovely long legs strides around the stage dressed as a man and frequently slaps her thigh. Yes, you will be in the world of the British Pantomime, known affectionately by the locals as ‘Panto’.

This winter season I was lucky enough to be back in the UK and worked at my local theatre on two different pantomimes, namely ‘Peter Pan‘ and ‘Beauty and the Beast‘. Between them they included:

Above is what one company did for their Panto, and they are quite formulaic but so that you get the full picture, below are a few more of the key conventions of Pantomime in terms of design, structure, story-lines and performance. These are taken from ‘A History of Pantomime’ by Maureen Hughes

This one dates back to The Great Exhibition at Crystal Palace in 1851:

Another well-known one for Cinderella is:

One popular one from Sleeping Beauty is:

If you enjoy this blog then you may consider putting on a Panto of your own next December, ‘Oh no I won’t’ I hear you cry, to which I respond ‘Oh yes you will!!’.

‘Beauty and the Beast‘ Pantomime by Three Spires and Guildhall, Coventry. Performed at the Albany Theatre, Coventry.

‘A History of Pantomime‘ by Maureen Hughes, 2013. Pen and Sword History Publications.