This is a very long post, and to do the subject justice would be even longer, so I have tried to pare this down to the basics.

Anyone who looks at Wikipedia will see that military action began in the Middle East in late October 1914 with the entrance of the Ottoman Empire and continued until its surrender in late October 1918.  With the Ottoman Empire’s involvement came a number of new fronts.  The frontier battles with Russia were completely expected as both countries vied for control of the Caucusus and Black Sea, and the Russians hoped to end the war with the Straits: What was much less expected were the British offensives against the Ottoman Empire.  Throughout the 19th century and in the beginning of the 20th century the British often did their best to keep the Empire in tact.  Its control of the Eastern Mediterranean, Persian Gulf and Mesopotamia prevented a further spread of Russian influence and protected its interests in Egypt and the Indian Subcontinent.  When most of us study this, the majority of the focus is on the Battle of Gallipoli.  This was part of Winston Churchill’s grand plan to knock out the weaker of the Central Powers first, so that the Allies would not be spread too thin and could eventually unite to fight against only the Germans.  The failures of the Battle of Gallipoli have been catalogued numerous times, and this was a serious blow to Allied morale, and the momentum of their success carried the Turks through other battles, although it was later argued that the success came at such a high price that they would never recover and it ultimately contributed to their defeat.  The battle ended in January 1916 but that was only one area of battle in which the British took on the Ottoman Empire. 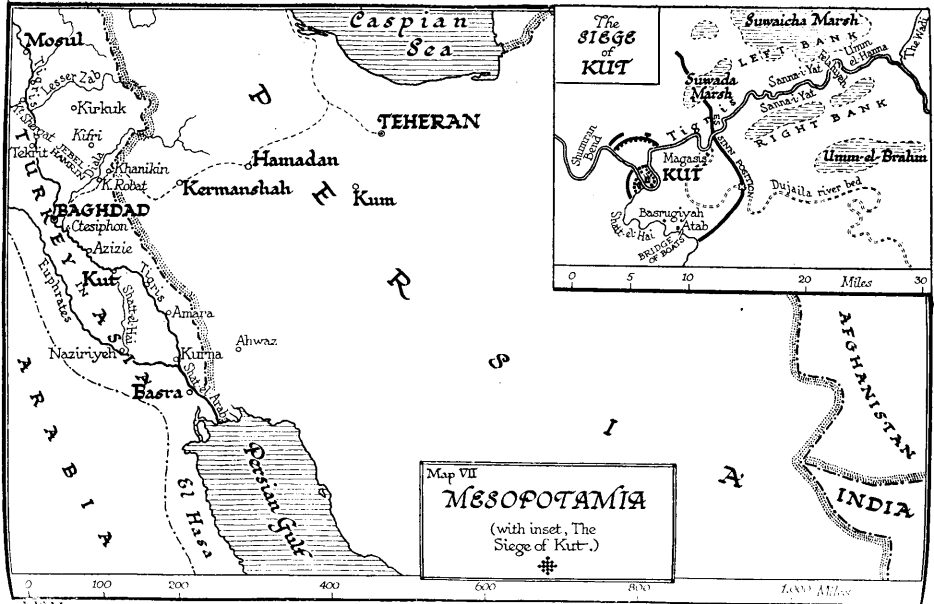 Less reported is the Battle for Mesopotamia although this campaign lasted for most of the war.  The offensive began in November 1914 and continued until the armistice was signed on 30 October 1918.  This crossroads of civilizations was strategically significant for both sides.  The Turks valued their access to the Persian Gulf and jealously protected the Tigris and Euphrates rovers/  Each town was a hard-fought battle and both sides were represented by multinational armies.  The Australia, New Zealand (ANZAC) forces were here as well as in Gallipoli, and they were joined by British, Indian and Kuwaiti forces.  The Ottoman Empire was by its nature multinational, and they received assistance from the Germans.  Like so many campaigns in this war, it became a war of attrition; the Allies slowly gained ground, bit by bit, but at a very high cost, especially for the Central Powers who suffered over 300,000 casualties to 90,000 for the Allies. Weapons superiority played a key role in this; the Allies were able to exact tremendous damage on the Central Powers forces.

This battle became increasingly important due to the oil fields in Mosul; whoever controlled that land at the end of the war would benefit from it tremendously.  In 1916 it was far from certain that the British would prevail. In April 1916 the British suffered a humiliating defeat at Kut – their armies were surrounded and taken captive.  Nonetheless, in September 1916 the British decided that they needed to persevere in Mesopotamia and yet another offensive was planned; although there was some debate among the British general staff, fear of Russian encroachment was also a deciding factor, and in December, the new offensive began.

The British finally got it right, and although there was no easy, decisive defeat, this offensive marked the beginning of the slow defeat of the Ottoman Empire.  Even Russia’s exit after the Bolshevik revolution was not enough to fortify the Ottoman armies; by October 1918 the Sultan agreed to nearly all the terms presented to him.