Almonds, water and the paradox of value

Anybody following the news about California might think, on the surface, “Wow, time to get serious about global warming.” Anybody who’s read a few stories and has an inclination towards speculative behaviour might think “Ah, time to buy almond futures!” And finally, anyone who’s read some basic economic history might stop and reflect upon Smith’s ‘paradox of value’.

I will expound briefly on the latter two – avoiding the global warming (or ‘climate change’) debate. I simply am too confused about it. The climate debate is like fly-fishing; the more I take part in it, the less I understand. No, please don’t regale me with facts, I’ve read some five books on the subject. Again; the more I read, the less certain about about the outcome I become.

At the moment, California is in the fourth year of perhaps the worst drought in the region for some 1,200 years. Snowpacks in the mountains providing much of the snow melt water have all but disappeared and the Californian government has implemented the firs-ever water restrictions in the state. 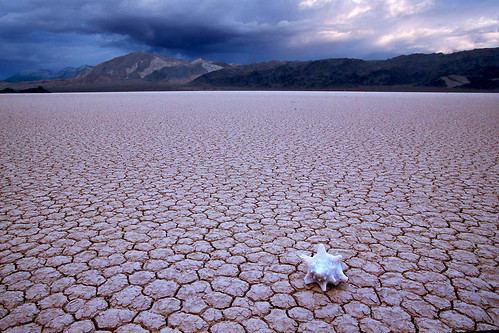 Emptying reservoirs, parched ditches that used to be rivers and dried-up lake beds are now common scenes in what is in fact the world’s eight (not sixth as common knowledge has it!) largest economy. Just under 2% of Californian GDP comes from agriculture – which consumes 80% of the state’s water. Now, June 2015, after some voluntary (or self-imposted) restrictions on water use, farmers have been subjected to mandatory cuts in water use of 25% – just like all households and businesses in the state. These rather Draconian (harsh) measures are mostly the result of economics; under-priced water and high-priced crops that are extraordinarily thirsty.

First, the water price and economics. One of the issues Smith himself could not solve was the question of why water, a necessity, was so cheap whilst diamonds, relatively useless in fact, were so dear. This was his ‘paradox of value’ and was only solved by the so-called ‘marginalists’ (look up Jevons and Walras) in the late 1800s; value – and thus price – was determined by marginal utility. One more diamond gives the buyer a far greater increase in total utility than one more glass of water.

This might help to explain why so many economists claim that the on-going  drought is so much worse than need be; over-use of an under-priced commodity, water. In effect, water in California is mostly provided by state and federal agencies, at a price we economists might consider ‘social cost-social benefit’ equilibrium (MSC = MSB for a good with high positive externalities in provision) but that in fact constitutes a subsidy for farmers! Yes, you heard me, a subsidy; when taxpayers foot a bill for third parties, you have a subsidy. In any case, there is quite evidently a situation where the price simply does not reflect the true scarcity of the good in question!

It also bears mentioning that there are some very strange laws in effect that serve to exacerbate (accentuate, enhance) overuse, namely a series of laws from 1903 and 1914 establishing water rights. The brunt of these laws remain in place and two main problems emerge: 1. There are very few limits to what property holders are allowed in terms of digging wells and pumping up ground water; 2. Property holders that don’t use all of their legally entitled (state/federal) water run the risk of getting a decrease in water allocation the next year. Thus, there is a built-in incentive to NOT household (economise!) with water and also to frantically dig ever deeper wells for ground water.

Naturally, the underground aquifers, which can have turnover times measuring in decades (roughly; time between rain and being part of underground water tables) are being depleted at an increasing rate. Some 60% of all water used in Californian dry times comes from aquifers – far beyond any reasonable use of the term ‘sustainable’.

Then, finally, the issue of water usage in terms of farming. Without too much exaggeration, it’s all nuts. Nuts as in almonds mostly. This USD6.5 billion/year crop is a very thirsty nut; about 4 litres per almond – or over 1,000 litres per kilo. Since almonds have become increasingly popular, a demand increase of more than 1,000% in the past decade, this is a very profitable crop.

At the time of writing, the almond acreage in California is rampantly increasing in spite of this, their fourth year, of drought. Legislation outlining ‘sustainable’ plantations is not set to come into effect for another 20 years. Now might be a good time to buy your almonds.